BOOK A CLASS
PAY FOR A CLASS

“Make the impossible, possible - the possible, easy - and the easy, elegant” 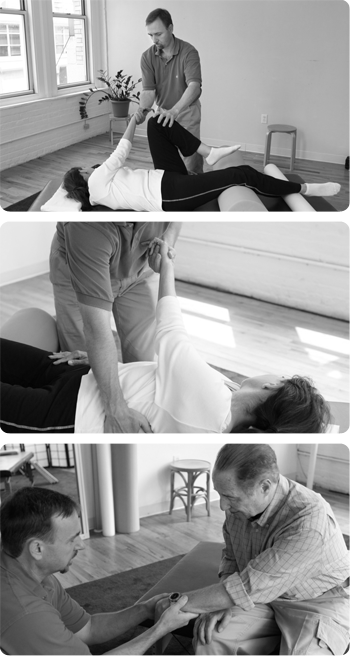 How do you pronounce it?

First of all, here’s what the Feldenkrais Method® isn’t -
It isn’t a therapy or exercise system.

So then - exactly what is it?

Briefly - The Feldenkrais Method® is a way of getting rid of pain and moving more easily, so that you can live the life you want to live.


The Feldenkrais Method® encompasses a number of related methods –

How Did the Feldenkrais Method® Develop?

Early in life, he developed an extensive knowledge of linguistics, biology, perinatal development, forensic science, athletics and a love of Sherlock Holmes!

Dr. Feldenkrais suffered a severe knee injury, but instead of opting for surgery, he taught himself to walk again.  This event was the catalyst for the development of the Feldenkrais Method®.

How do You Teach the Feldenkrais Method®?

I teach the Method in two parallel forms -

1. Awareness Through Movement® group lessons - taking the group through a series of specially choreographed, repeated movements.

2. One to One Sessions or ‘Functional Integration lessons’.

Is The Feldenkrais Method® For me?

Yes - if you suffer from pain, discomfort or stress, resulting from accident, injury or illness.

These are just a handful of the people whose lives can be radically enhanced by following the Feldenkrais Method®.  For detailed information …

Find out more about how we can work together to bring you the pain-free life you deserve.  Give me a call on 07526 112936 or contact me by email